There are now lots of alternatives to the mainstream, pay-to-be-gay, corporate-sponsored Pride events happening this summer in Brighton.

The community has organised itself around its own needs – creating queer, trans-friendly, people of colour friendly, often free, often with wheelchair access, political and safe events for LGBTQ+ people in Brighton.

Many of these events are being organised on Facebook, which is great, but difficult to find via Google – so you only find out about them if you know someone in the community. This is problematic for marginalised queer people who may not yet know anyone involved in these groups. So I’ve decided to list all the ones I know about here.

If you know of any other events being created by the community which are not used as marketing platforms for big business, and which honour the political origins of the Stonewall riots, please add them in the comments and I’ll incorporate it when I can.

For everyone feeling the need for an alternative Pride…

Also for those asking,

There is no queers against cuts bloc on main Pride parade this year because I haven’t organised it and nobody else has either. Brighton Pride is 2 Aug.I am joining a new Trans bloc as an ally and intend to have a placard about how government cuts are affecting trans people, e.g. something about the NHS and mental health support services (because a lot of trans people suffer mental health issues as a result of discrimination). There are still lots of trade unions marching in the main march which is good.

The St James’ St party has been taken over by the Pride organisation on demand of the council and it will now be fenced off and they’ll charge £5 entry. I challenged this amongst others and it didn’t go down well. Read about that kerfuffle here. 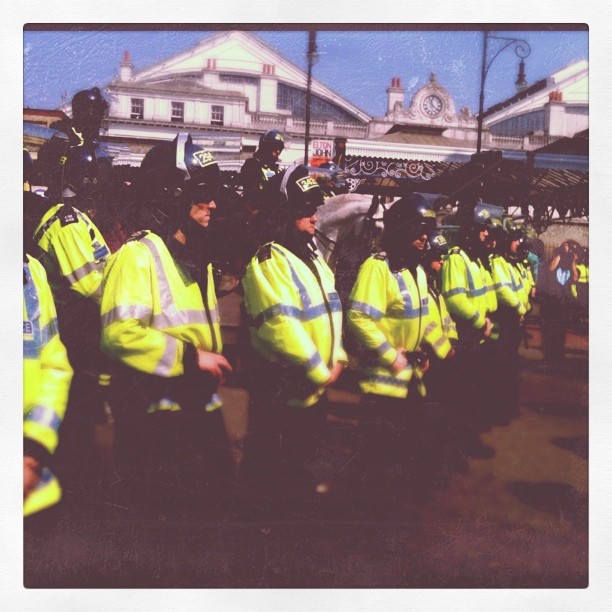